Jean-Pierre Masbanji, founder and the creative fountain of European Iron Works, is a third generation metal smith/artisan dedicated to preserve this age old tradition of fine craftsmanship. His passion for the flaming forge ignited in 1974 at the young age of 12 while apprenticing at his father’s side. There he grew learning the solid skills necessary to build architectural scale metal work, from detailed iron and glass French doors to highly intricate and sweeping staircase railings.

Jean-Pierre’s natural interest and inherent talent to sketch and draw as a child coupled with his multi-cultured and well traveled upbringing provided the ultimate educational background to hone his sensitivity for wrought iron design aesthetics of various periods and architectural styles.

Ever in pursuit to achieve the highest technical excellence, jean-Pierre continued his studies in France with the “Compagnons Du Devoir” the masters guild that originally created and recently restored the Statue of Liberty in the U.S. There he was awarded a diploma in the fine art of ‘Repoussage’ (the hand raising of thin sheet ornaments in relief such as acanthus leaves, cartouches, masks…etc) in which only a hand-ful of artisans are qualified world wide; truly a lost art.

The Diplome represents the crowning achievement of wrought iron mastery. jean-Pierre has won numerous international awards for excellence in craftsmanship; the adventure continues… 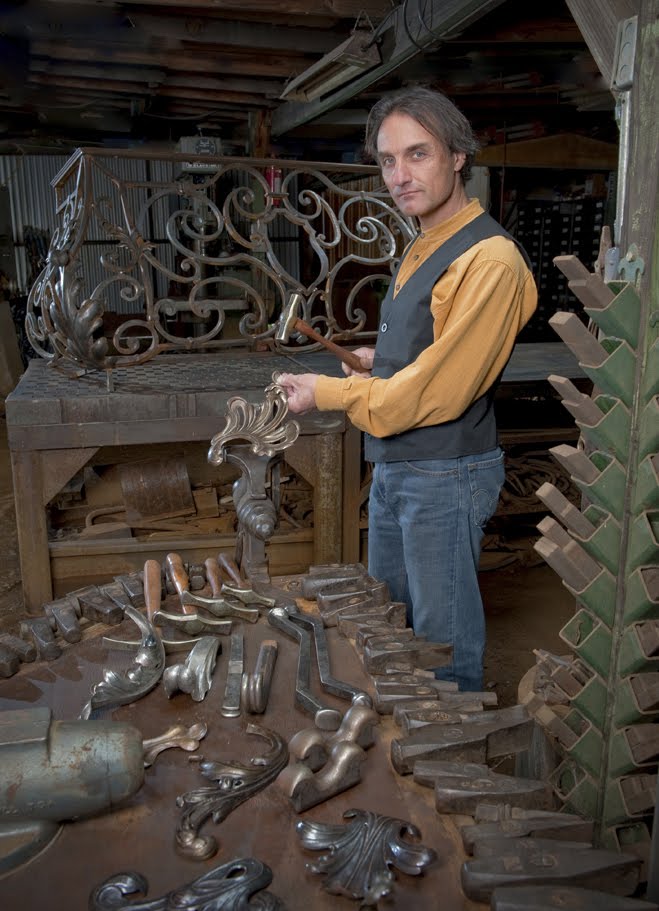